What’s hiding behind that door at Walker Art Center? 275 films at your fingertips 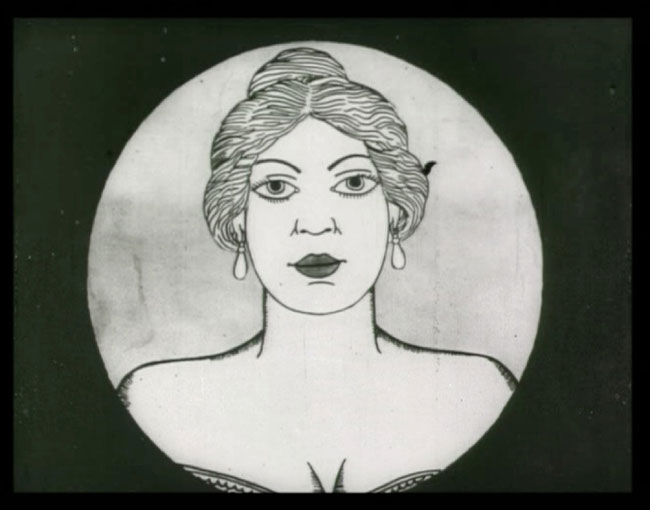 The sign outside the Walker Art Center’s Cinematheque clearly suggests it’s a space for film screenings, but what about the Mediatheque, that smallish, black-box-theater-esque viewing room located across from the gift shop in the Walker’s new lower lobby?

Rather than playing feature-length films or hosting specific screenings, the Bentson Mediatheque is an ever-rotating collection of shorter-form media from the Ruben/Bentson Moving Image Collection, including video art, experimental films and animations, organized by archivist/programmer Ruth Hodgins.

What sets this world-class space apart from a typical video art viewing room is the way visitors can curate their own selections for the big screen, just as one would do at a personal computer.

Walking through the darkened doorway of the Mediatheque, visitors can simply sit down, get comfortable and watch videos from a pre-made play­list created by Hodgins, or they can choose their own, swiping and clicking through more than 275 titles on an iPad stationed just to the left of the screen.

The available media range from 1894, with films by cinema pioneers the Lumiere Brothers, to the present day, with genres including silent, avant-garde, experimental and dance-for-camera works. The space is intimate and inviting, with 60 seats, four of them reserved for people with disabilities. And unlike the galleries, it’s completely free of charge.

“The Mediatheque is a video buffet free-for-all,” says Sum, whose work often times deals with science fiction, artificial intelligence and futuristic ideas. “I always like the media room of any museum, but that one is really special because you get to choose what you want to watch.”

On a warmer than usual Sunday afternoon, Sum found herself comfortably chilling in one of the 60 chairs at the Mediatheque, enjoying Vertov’s 1924 film “Soviet Toys.” It wasn’t a film that she’d selected herself, however.

“I was asking ‘Could we watch some animation?’ and then we watched some weird, Soviet, Communist, anti-capitalist animation,” she said. It cast an eerie mood that afternoon, as threats of a new Cold War echoed after President Donald Trump ordered a missile strike on Syria. The Mediatheque environment offered a space for contemplation.

“The screen is the right size — you go to a museum and even the architecture is fighting for your attention,” says Sum. “In this room, you’re isolated to experience this particular piece.”

The idea for the Mediatheque came from Sheryl Mousley, the Walker’s senior curator of moving image.

“Across Europe, there are a lot of mediatheques — you see them at film festivals, and the British Film Institute has one,” says Hodgins. “Typically, you have a pair of headphones on, and are looking at a computer screen. But Sheryl really felt that the integrity of the work is lost in that kind of environment. She really wanted to have an opportunity where people could go in, choose what they wanted to look at, but look at it in the way that artists intended.”

For folks who aren’t interested in geeking out at the list of available works by artists such as Maya Deren, Sadie Benning, Dziga Vertov and plenty of others, there are curated lists of films like “10 films under 10 minutes,” a selection of films about immigration, and even family-friendly playlists.

Hodgins rotates the playlist selection every four to six weeks. Currently she is working on adding videos from the first three seasons of the show “Alive From Off Center,” a 1985-1996 PBS series produced by Twin Cities Public Television that featured artists such as Laurie Anderson and Charles Atlas.

PreviousFoster youth on the path to college
NextScholars on Board