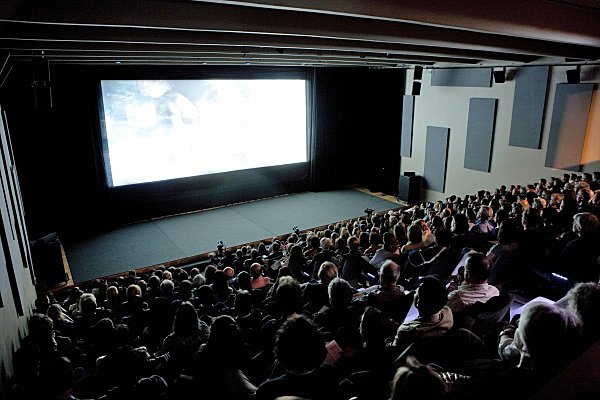 Minneapolis, MN, August 15, 2011— The Walker Art Center received a grant of $1 million this month from the Bentson Foundation to enhance the presentation and preservation of the Ruben/Bentson Film and Video Study Collection. The funds will be used to digitize selected films and upgrade the Walker Cinema.

The Cinema upgrades will include new high-definition digital projectors; a new Kinoton dual projector for 16- and 35-millimeter film; a redesign of the Cinema’s acoustics; new seats; and other connectivity and equipment improvements. The Walker will also use the grant funds to hire a Ruben/Bentson Collection Fellow to make a thorough assessment of the Ruben/Bentson Film and Video Study Collection and assist the curatorial staff to prioritize works for digitization.

“This grant from the Bentson Foundation allows us to actualize our dream of modernizing the Ruben/Bentson Film and Video Study Collection and increase the opportunities for its preservation and presentation,” said Walker film/video curator Sheryl Mousley. “From digitizing 16mm and 35mm films prints to upgrading our cinema to become a state of the art exhibition facility, we will be able to show the films to a much wider audience while continuing to present films in their original formats to scholars and students.

“We are pleased to support the Walker Art Center with this grant,“” said Bentson Foundation Executive Director Judi Dutcher. “Preserving the films and enhancing the Walker’s Cinema not only ensures that the films in the Ruben/Bentson Collection will be enjoyed by future generations, but reinforces the legacy gifts of the Ruben and Bentson families.”

Widely recognized for programming a full range of moving image art forms, each year the Walker’s Film/Video department presents more than 160 contemporary and historical works to an audience of over 30,000 visitors through popular series such as Premieres, featuring the newest in world cinema; the British Arrows (formerly the British Television Advertising Awards); challenging experimental works that cross disciplines in Expanding the Frame and Artists’ Cinema; groundbreaking films from the history of cinema with the series In Context; and Regis Dialogues and Retrospectives with major filmmakers of today.

With more than 850 titles, the Walker’s Ruben/Bentson Film and Video Study Collection brings together classic and contemporary cinema as well as documentaries, avant-garde films, and video works by artists. It is distinctive for classics by visual artists Salvador Dali, Marcel Duchamp, Joseph Cornell, and Fernand Léger, its extensive holdings by filmmakers William Klein, Chantal Akerman, Derek Jarman, Bruce Conner, Guy Maddin, Marcel Broodthaers, Nam June Paik, alongside leading experimental artists who challenged the form and content of film, such as Maya Deren, Paul Sharits, and Stan Brakhage. The Collection also explores the silent film era, especially the works of D.W. Griffith and Charlie Chaplin, the classics from the Soviet era including Sergei Eisenstein and Dziga Vertov, and back to the very earliest films from George Méliès and the Lumière Brothers.

The Ruben/Bentson Film and Video Study Collection was established in 1973 by a gift from Edmond R. Ruben. Ruben, a leading figure in film exhibition in the Upper Midwest, and his wife Evelyn, believed in collecting films as a way of preserving the art form. They both served as members of the Board of Trustees of the Walker Art Center and also bequeathed an important collection of art works to the institution.

The Rubens’ daughter and son-in-law, Nancy and Larry Bentson, were also longtime supporters of the Walker whose major gift in 1998 allowed the Walker to acquire, conserve, and present film/video materials. Larry Bentson was chairman of Midcontinent Media, a diversified company with interests in nearly 200 communities throughout North and South Dakota and Minnesota. The Bentson Foundation was established in 1956 to support a range of philanthropic causes throughout the state.
Walker Cinema

The Walker Art Center is a catalyst for the creative expression of artists and the active engagement of audiences.