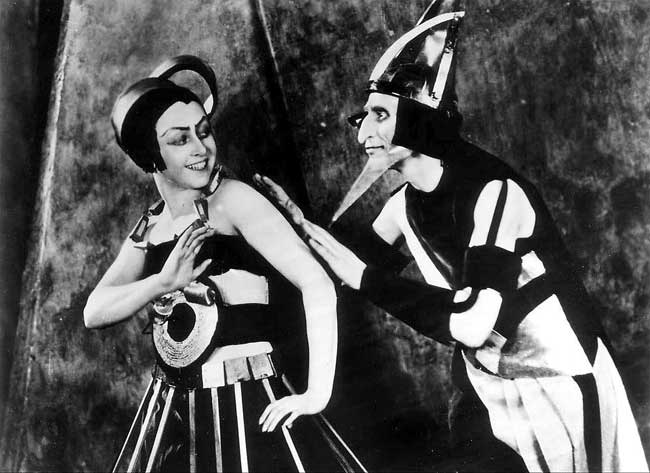 The Ruben/Bentson Film and Video Study Collection, housed at the Walker Art Center, consists of nearly 900 titles, from the beginning of film to the present. Established to further the appreciation and scholarly study of the art of film, the collection serves as a basis for an exploration of the history of cinema and the aesthetic and theoretical properties of the medium. Not limited to one genre or era, the strengths are in early silent films with a concentration on those from the Soviet era, the European avant-garde from the 1930s and 1940s, and American experimental films from the 1950s through 1980s. Selections from the collection are regularly featured in Walker film series and exhibitions, including the recent Midnight Party (2011) and Abstract Resistance (2010); in programs for hundreds of students annually; and in daily screenings in the Walker’s Lecture Room and Best Buy Film & Video Bay.

The collection was started in 1973 with a grant from Edmond R. Ruben, a leading figure in film exhibition in the Upper Midwest, and his wife, Evelyn. The Rubens, who both served as Walker trustees, believed in collecting films as a way of preserving the art form and making film assessable to the general public. In this era before video rental or downloads, film was screened in its original format and projected in a dark room. After an initial purchase of 15 films, the Walker continued to add to the collection, which became distinctive for its holdings of works by a wide range of artists, including Stan Brakhage, Marcel Broodthaers, Bruce Conner, Salvador Dalí, Maya Deren, Marcel Duchamp, Derek Jarman, William Klein, Fernand Léger, Gunvor Nelson, Nam June Paik, Carolee Schneemann, and Paul Sharits.

In 1999, the Walker received a generous gift from Nancy (daughter of the Rubens) and Larry Bentson, who wanted to continue their family’s support of Walker’s film/video program. The Bentson Family Fund for the Acquisition, Conservation, and Presentation of Film was used during the next 10 years to expand and preserve the Ruben Collection, while supporting innovative programs such as the dynamic cross-disciplinary series Music + Film, presented at the Walker between 1999 and 2009. The collection is also available to scholars and professors for individual or small group study. In 2011, the Walker received a major grant from the Bentson Foundation to continue the preservation, exhibition, and presentation of the Ruben/Bentson Film and Video Study Collection. “From digitizing 16mm and 35mm films prints to upgrading our cinema to become a state-of-the-art exhibition facility, we will be able to show the films to much wider audiences while continuing to present them in their original formats to scholars and students,” says Walker film/video curator Sheryl Mousley.

For more information about the Ruben/Bentson Film and Video Study Collection, contact film@walkerart.org.